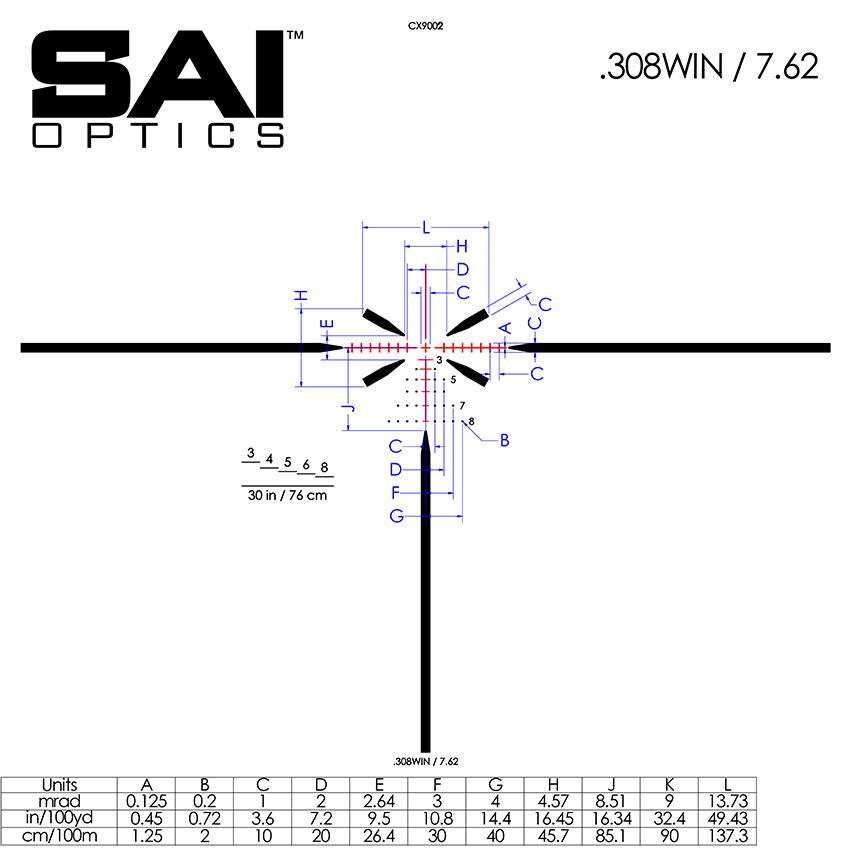 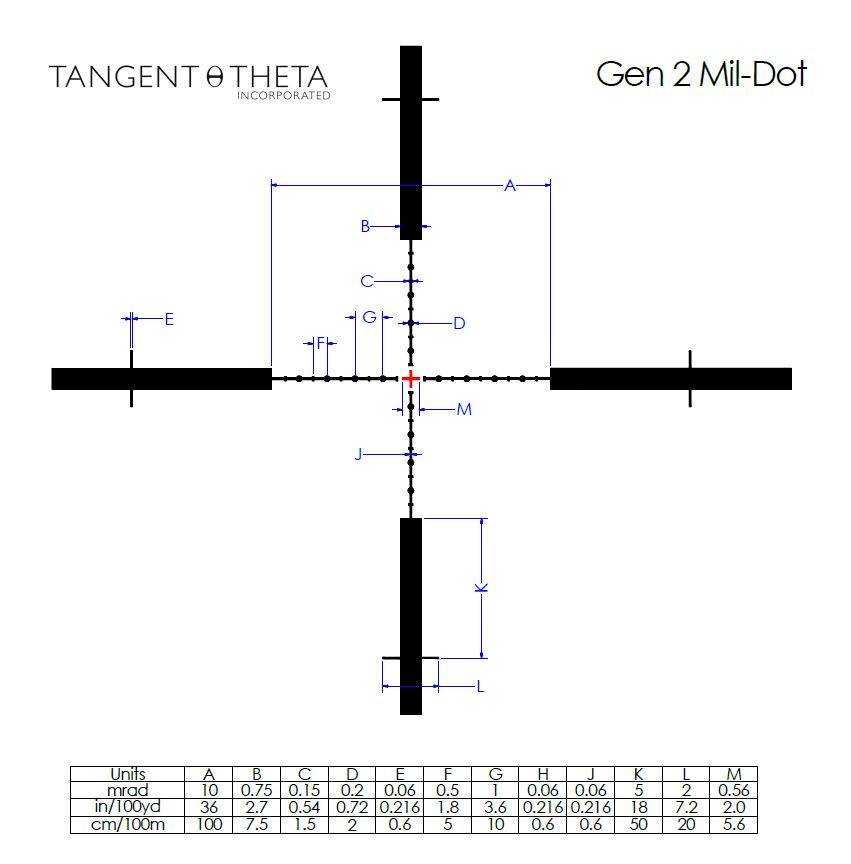 The Rapid Aiming Feature™ is an etched reticle feature that does not require electrical power. It may be enhanced by illumination but will remain operational so long as the sighting system retains optical integrity. The design is extremely well-suited for first focal plane (FFP) optical sights, as although FFP reticles retain their angular scaling at any magnification, they typically become far less prominent within the sight picture when low level magnification is utilized. The Rapid Aiming Feature™ is much more prominent than long-range aiming features and thus is very useful at low magnification settings. The angularly intersecting geometry of the feature naturally draws the eye to the center. At longer ranges, and at higher magnifications, the thick features do not disrupt fine aiming features, however they form a surrounding geometry that can be used to encircle a poorly defined target in adverse conditions – much in the same manner a circular peep sight is effective.

The Rapid Aiming Feature™ reticle is an effective single solution for sighting systems that must be deployed at short, medium, and long range.

At CQB ranges (50 meters and closer) the Rapid Aiming Feature™ offers a very prominent aiming feature that stands out against the target. This aiming solution may be augmented by illumination of thin stadia and the central cross.

At 25 meters, the Rapid Aiming Feature™ works with the thick horizontal stadia to frame the target and again draw the eye to the center. The LED illumination of the thin horizontal and vertical stadia, including central cross augments this feature in low light.